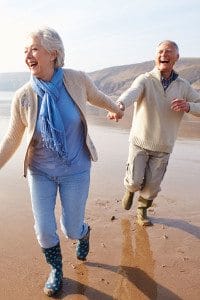 A fixed annuity can help you accumulate tax-deferred earnings as part of your overall retirement plan. Annuities offer the opportunity for lifetime payments and tax-deferred earnings and provide a guaranteed death benefit for your beneficiaries. All guarantees are backed by the continued claims-paying ability of the issuing insurance company.

You may want to consider investing in an annuity as part of your long-term financial strategy if:

An annuity is different from most other retirement savings vehicles. It's actually a contract between you and an insurance company. In return for making one or more premium payments, the insurance company agrees to provide you an income stream, usually during retirement. You can elect to receive payment all at once or as a series of payments, even for the rest of your life.

A variable annuity is a type of annuity contract, the value of which can vary based on the performance of an underlying portfolio of sub accounts. Sub accounts and mutual funds are conceptually identical, but sub accounts don’t have ticker symbols that investors can easily type into a fund tracker for research purposes. Among annuities, variable annuities differ from fixed annuities, which provide a specific and guaranteed return.

There are two elements that contribute to the value of a variable annuity: the principal, which is the amount of money you pay into the annuity, and the returns that your annuity’s underlying investments deliver on that principal over the course of time.

The most popular type of variable annuity is a deferred annuity. Often used for retirement planning purposes, it is meant to provide a regular (monthly, quarterly, annual) income stream, starting at some point in the future. There are also immediate annuities, which begin paying income right away.

You can buy an annuity with either a lump sum or a series of payments, and the account’s value will grow accordingly. In the case of deferred annuities, this is often referred to as the accumulation phase. The second phase is triggered when the annuity owner asks the insurer to start the flow of income, often referred to as the payout phase. Most annuities will not allow you to withdraw additional funds from the account once the payout phase has begun.

Variable annuities should be considered long-term investments, due to the limitations on withdrawals. Typically, they allow one withdrawal each year during the accumulation phase. However, if you take a withdrawal during the contract’s surrender period, which can be as long as 15 years, you’ll generally have to pay a surrender fee.  As with most retirement account options, withdrawals before the age of 59½ will result in a 10% tax penalty

Richmond Insurance and Associates, LLC offers free, comparative quotes on Fixed and Variable Annuities from multiple insurance carriers so you can get the best possible rate.

Want to see how much we can save you? Just request a quote to find out. 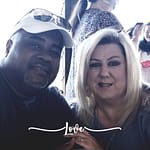